Divorce and Financial Aid: Some Things You Should Know 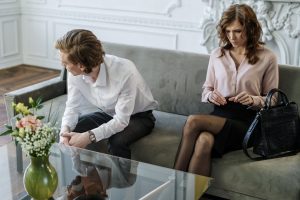 Divorce and financial aid are a topic of conversation for many families. About 60 percent of children live in households with both biological parents. This blog post is for the other 40 percent.

What Gets Reported on the FAFSA

Only the income and assets of a custodial parent get reported on the Free Application for Federal Student Aid (FAFSA). Ironically, divorce is beneficial to receiving financial aid. The custodial parent is responsible for obtaining a FAFSA ID and filling the form out. What if there is joint custody? Then the parent with whom the child resides with over 50 percent of the time reports their income and assets. It might be worth adjusting living arrangements if one parent has considerably less income and assets.  In the case of a 529 plan held by a non-custodial parent, the asset is not counted, but distributions from it are counted as untaxed income of the student in the following year. Child support is reported on the FAFSA for all children who still receive it, regardless of age. Child support will likely end for an individual student after turning 18, unless the court decree says otherwise. Reportable income, therefore, may shrink over the four years you’ll be filling out the FAFSA. Both biological parents who never married are treated the same as divorced parents.

A stepparent who is married to the custodial parent, at the time the FAFSA is filled out, has reportable income and assets. Prenuptial agreements do not change this fact. But also if the stepparent has children from a previous marriage and is providing more than half of their support, then those children are also counted in the overall household size. A student could receive more aid as a result. We recommend that parents who are in the process of getting divorced prepare a written college support agreement along with the child support agreement. The agreement should specify which party is responsible for how much of the college expenses. Child support tends to stop at age 18. That’s not the case with college support. Support agreements are often indexed to state tuitions, so the non-custodial parent isn’t required to pay the cost of an expensive private school. College support agreements should specify what costs are included. For instance, are room, board, and fees included? Are there any conditions, such as the student must maintain a certain GPA or take a minimum of classes? Parents who are given joint custody or who have regular visitation rights and are in frequent contact with their children are more likely to provide tuition support. Studies confirm this, and it’s something to keep in mind during custody battles.

What About the CSS Profile?

The College Board’s CSS Profile is required in addition to the FAFSA by many private schools (and a few public schools). This form does consider the income of non-custodial parents, and the Profile is completed by both biological parents. In the case of an estranged non-custodial parent, a waiver form is provided. A waiver is considered in the following cases:

But not simply if the non-custodial parent refuses to complete the CSS Profile or the divorce decree states that the noncustodial parent is not responsible for the student’s educational expenses. Whether you’ve filled out just the FAFSA or the FAFSA and CSS Profile, a new divorce is a good reason to appeal a financial aid offer. We don’t recommend divorce as a method of sheltering assets. But divorce is common. And it’s good to know how it might affect financial aid.